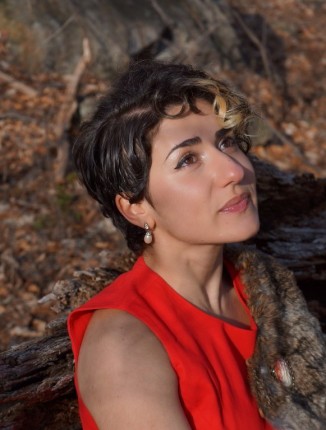 Upcoming Event! Please see THIS site for information about:

One of Tatev’s latest projects is called Off The Wall. Off the wall tells the story of three characters who unintentionally discover a world outside of the one in which they were created. Please visit THIS site for more information.

Tatev was born in Armenia on July 7th 1987 to artists Mels Yeghiazaryan and Karine Arsharkyan. She quickly showed a great interest for music and began formal classical lessons in both voice and piano at the age of 6. Until a few years before her birth, jazz was outlawed by the occupying Soviet Union. The genre may well have died completely from Soviet occupied countries were it not for enthusiasts like her father, who kept records against the law. It was because of these recordings, her father’s passion and her mom’s persistence that Tatev was introduced to jazz at a young age in addition to her childish attraction for Disney cartoons which were rich with jazz elements. Armenian and Russian were part of everyday life and she also perused the study of English intensively, perceiving it to be the language of jazz.

She moved to the United States in 2003 after achieving much recognition in the Armenian musical community. After a short time in the States, Tatev graduated from the NJPAC Jazz for Teens program. In 2009 she completed a degree in jazz studies at William Paterson University. Tatev had her first solo vocal concert at the age of 9 and thereafter won numerous musical competitions. Most notably, at the age of 11 she had the honor of participating in the 1998 Yerevan International Jazz Festival for an audience of three thousand at the Opera House of Yerevan among acclaimed jazz musicians. Tatev had a series of concerts in Los Angeles as a winner of the “Do Re Mi” singing competition at the age of 12. She received an award in National Arts Recognition And Talent Search in 2004. Tatev was a guest on several radio and television shows. Her current aspirations include composing for films and cartoons, singing, learning, playing, being inspired, inspiring others and enjoying life!