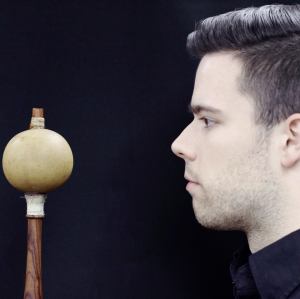 Jeremy Smith is a freelance percussionist based in New York City. A recent graduate of The Juilliard School, he is already beginning to establish himself as a versatile performer in many different areas in music and performance art. He has performed with a wide variety of groups and ensembles such as Sō Percussion, GLANK, Ensamble a Contratiempo, Mimesis Ensemble, Harlem Sound Project, Buglisi Dance Theatre, New Haarlem Arts Theatre, Melody Sky Trio, and more. He is a regular performer with the drum line entertainment group Gallant Entertainment, Inc. who recently made live appearances at Super Bowl XVLIII. In the fall, of 2013 he accepted a year-long substitute position with Mobius Percussion Quartet. He can be heard on the soundtrack of the recent major motion picture, The Secret Life of Walter Mitty and seen in the upcoming film Annie. Jeremy’s debut as a composer was in November 2012 at Juilliard’s Beyond the Machine 13.0: ‘eVirtuosos’ concert series, premiering and performing in his percussion trio “5-7-9”. In June 2013, his composition “In Unison” was premiered by students at the Juilliard Summer Percussion Seminar. Jeremy received his Bachelor of Music degree from The Juilliard School as a student of Gordon Gottlieb and Markus Rhoten.