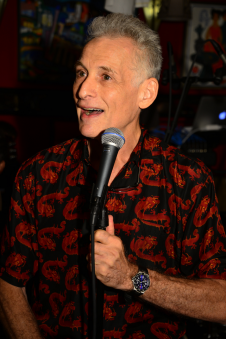 RICHARD STEIN has built his remarkable career on a single tenet: that hair should be free to go its own way. Free to swing straight or curl close, free from curlers and clips, sprays and gels. Free to be as nature intended. It is a credo learned at the hand of his mentor, Sixties iconVidal Sassoon, and it has garnered for Richard Stein a clientele of the world’s most powerful people.

An eighteen-year-old Richard Stein arrived in New York on the crest of a British wave that took New York by storm: the 1965 opening of the first Sassoon salon. Richard eagerly absorbed the energy and style of Manhattan, soon moving on to join fellow Sassoon-ite Paul Mitchell on The Beauty Floor at Henri Bendel, New York’s trendiest boutique. Here he became a favorite stylist for such legendary fashion photographers as Richard Avedon, Hiro and Francesco Scavullo. This on-camera experience led Richard to create his most memorable style, a multi-layered, wash-and-wear haircut dubbed ‘The Shag’. Immediately, the new cut was adopted by women everywhere, becoming the quintessential haircut of the 1970s.

From there, it was a short skip to his own Madison Avenue salon and an eclectic clientele of New York’s most high-profile people. Today Richard Stein continues to evolve his hair-cutting skills, and his newest innovation, ‘Ribbon-Cutting’, is destined, once again, to transform the fashion of hair.

But while his work is what consumes most of his time, Richard continues to pursue other interests, including a career as author. His first book, Set Free (Simon & Schuster, 1988), became an immediate beauty bestseller. He has also completed a second book, scheduled for publication soon.

His recent one man show, CUT+PASTE-A MUSICAL MEMOIR at LaMama’s downtown experimental theater, with original incidental music written by Richard, was a sellout success. The show emphasized a life that he has tap-danced with the world of style since his early teens.

Richard Stein, the celebrity hairstylist has gone mad and is telling his life story in East End Boys and Cockney Sparrows, a stand-up musical memoir. Debunking the myth of the east end boy, Stein carefully traces a line of humor, sentiment and decorum in an unsteady attempt to sing his way through life, while adding spicy Jewish jokes.
Stein last appeared in the underground hit, “The Chatty Barber,” in the Hotel Savoy. In 2006, his show, “The Demon Barber of Mad Ave” was at Helen’s on 9th Avenue.
Richard is known as a “hairstylist to the stars with a divine salon” at 147 East 62nd Street, NYC.